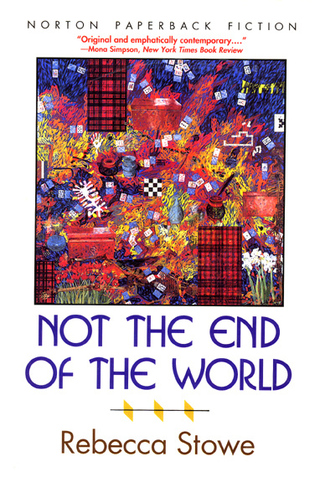 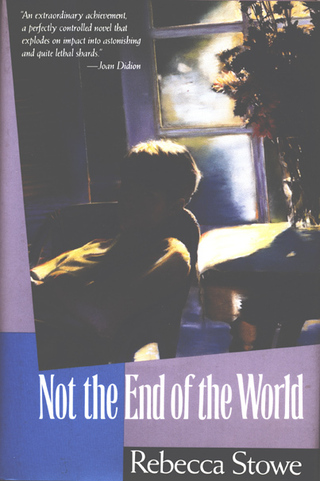 “A man,” I said when Miss Nolan asked me what I wanted to be when I grew up.

The Bridge Ladies tittered like a bunch of fat little birds.

“She’s crazy,” Grandmother said and clicked her tongue and wanted to know if any of the Bridge Ladies had ever seen such a sullen little thing. “She says she wants to be the first woman governor of Michigan,” she cackled as she began pulling at her cards with her red-tipped fingers, “Can you imagine? Whoever heard of such a thing?”

The Bridge Ladies tittered some more and Miss Nolan peered at me over her cards, the tip of her white rubber nose peeking over the pansies, and pointed out that I couldn’t be the first woman governor of Michigan if I were a man.

“You didn’t ask what I was going to be. You asked what I wanted to be.”

Mother gasped and Grandmother glared but Miss Nolan just laughed. “I think perhaps you’re too honest to be a politician, Maggie,” she said, lowering her cards and revealing her white rubber nose in all its grotesqueness. “You’ll have to learn some diplomacy.”

I blushed and hung my head, angry with myself for not being able to look at her, to look at the repulsive white thing stuck on her face like a plastic Mr. Potato Head part. Grandmother always used Miss Nolan as an Example. “That’s what will happen to you,” she’d threaten, chasing me around the house with a tube of sunscreen, shaking it at me and saying, “All right, Miss Smarty Pants, just don’t come crying to me when you have to have your nose removed.”

“May I go now, please?” I asked, thinking I’d die if I had to stand there one more second, being polite while Grandmother insulted me and Mrs. Tucker made snide remarks.

“And where are you off to, Miss Ants in the Pants?”

That was Mother. When Grandmother was around, I couldn’t tell them apart, they were always insulting me and calling me stupid names, names so stupid even my friends didn’t use them. Miss Ants in the Pants! What was I, three?

“The beach,” I said and Mrs. Tucker said I should call Cindy; she didn’t think Cindy was doing anything after her guitar lesson. Or perhaps she was. Maybe she had ballet. Or maybe she was going water skiing in Rick Keller’s boat. She just couldn’t keep up with her. Why didn’t I have any Outside Activities? Outside Activities build character. Cindy had plenty of that!

I shrugged and said I thought I’d like to be alone. They all laughed and Grandmother fanned herself with cards and made heaving noises.

“She thinks she’s Greta Garbo,” she said, “Whoever heard of such a thing? A twelve year-old who vants to be a-lone?”

They laughed some more and Mother informed them I had a paper to do for summer school.

“Summer school!” Miss Nolan said. “Why, Maggie, I had no idea you were so dedicated a scholar.”

Not half as sorry as I was, I thought; wishing Mother would dismiss me so I could run to the beach and hide. I felt like a prisoner, having to stand around while my executioners had a quick game of cards before taking me out back to stand me against the picnic table and shoot me…