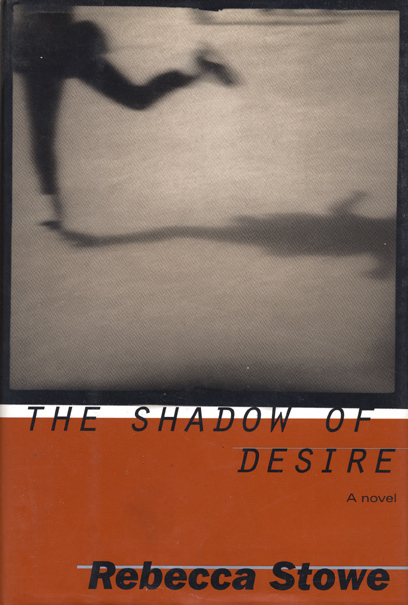 The Shadow of Desire

1952. Ike is elected; Rocky Marciano becomes the champ; polio invades; Lillian Hellman cannot cut her conscience to fit the year’s fashions and Richard Nixon’s dog is the most popular creature in the country. The H-bomb is exploded and I am born, the very next day, a mutant of sorts. I have all my fingers and toes, all the necessary parts in all the right places, all except one. I am born without a heart.

Or so Virginia says. Virginia is my mother; I am her namesake, Virginia Junior, Ginger for short. I call her Virginia rather than Mother because in 1960, when I was eight, she decided to liberate herself from the yoke of motherhood and become a Person. This was a great catastrophe for me, not because I resented her being a person – the truth being she would never be a “person” to me, she would always be a force, and that force was Mother – but because she insisted we all call her by name. Not Mom, not dear, not honey, not Muu-ther, but Virginia. If we fell and came running into the house with a bloody skinned knee, crying for Mom, she’d turn her back and refuse to hand over the iodine and Band-Aids until we called her “Virginia.” If Poppy came home and called, “Honey, what’s for dinner?” he didn’t get any.

It was humiliating. “You call your mother by her name?” my little friends would ask, in amazement and fear, as if calling my mother “Virginia” would explode the very structure of all our lives, for what was more safe and secure than “Mom”? What if this becoming-a-person thing was catching and they’d lose their own mothers, whose names most of them didn’t even know? Everyone felt sorry for me and avoided my house when Virginia was there. They couldn’t stand the embarrassment of having to call her “Virginia” rather than Mrs. Moore, which was who she was and always would be to them; it was like asking them to turn their backs on all their training, all the rules, and that was asking too much.

The person my mother became was not the one she wanted to be, although I don’t think she had anything specific in mind. She just wanted to be “her own woman,” and if wasn’t quite sure who that was, it didn’t matter, she knew who she wasn’t: Mom-Mother-honey-dear. She was not a stupid woman, far from it. She was smart, perhaps even brilliant. She had graduated with high honors from the University of Georgia, one of the few women in her class. She was one of the few local mothers with a college degree, and looking back on it, I wonder how she could have been so simple-minded, how she could have thought that forcing a bunch of terrified children to call her by her first name would somehow result in her attaining a sense of self. All it did was turn her into an eccentric heretic in the eyes of other, and eventually she found that unbearable. She had neither the strength nor the fury to defy the consensus, and unfortunately for us all, but especially for her, her experiment in Personhood was a disaster.

My Life with Dogs